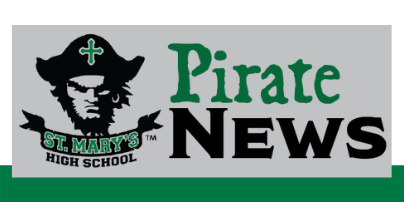 Wrapping up our Season D sports season in June resulted in a state championship for one member of the track and field team and all-conference honors for members of the girls soccer team, in addition to a play-off run by the baseball team.

In June, Hannah Turpin '23 didn't need her best long jump to take the state championship title in the event. After a season best jump of 18-0.25, Turpin needed only a 16-11.75 jump to become the Class 2A Girls Long Jump champion.

The rest of the track and field also performed well at the state championships, with several Top 10 finishes. Those results were as follows:

Girls tennis team earned second place in regionals. Ellie Hartman '22, our Pirate No. 1 singles player,  won regionals and advanced to the semifinals at the 3A state girls tennis championship.